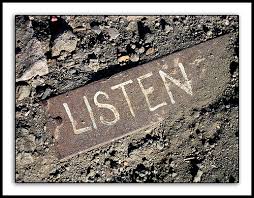 LISTENING IS A VERB.
Sitting with a close friend whose no longer conscious, his body quietly shutting down as he is in the final stages of terminal cancer came with great heartache. As I sat talking to my friend about everything, and about nothing, my mind went to an abstract thought about listening. I think being good at listening is one of the ways we can humble ourselves with others, and with our world.
Quite possibly l was avoiding what my heart was feeling, but that’s another post, for another time. This is about listening.
As I tend to do when something catches my attention I began thinking about it. Listening; observing how I listen, and later I began reading about it.
We crave the sound of another’s voice. Our human voice’s triggers laughter, tears, anticipation, urgency, often time love, and even comfort. Our ears are the complex instrument that for most of us we use to identify, perceive, and decipher speech and sound.
Our internal receiver & amplifier if you will. I’ve heard in the past, and just recently again I read that hearing is one of the last senses to leave us as we die.
Listening as an art isn’t something everyone does on the same level, and for a variety of reasons. But even in the worst case of environmental conditions for listening for most of us our brains act like a fine piece of software and reconstruct words, allowing us to decipher the gist of what is being said.
Cognitively we have learned how to pick up on clues and isolate them out, and sounds yes, but just as important to ‘listen ‘to are the lip movements, smiles, frowns, pauses, stammers. Our brain’s stitches them together in a commonsense of order which we use to communicate.
I’m curious how often I miss something important being said because I heard only the gist of it.
I was listening, I received most of it. Right?
The majority of what we think we hear is a product of our imaginations. Apparently without being conscious of it we tend to fill in missing gaps in other people’s verbal narratives. We often correct grammar, interpret accents, add punctuation. and even substitute words all the time our brain’s word processor is creating what we hear as the other person speaks.
How many times have you known what someone is going to say before they have even finished?
Nothing about listening is passive. I had no idea there is an actual name given to this phenomenal effect, let alone that there is literature written on the topic.
It’s a process called ‘Phonetic Restoration’– Briefly, it’s a survival skill we all make use of that allows us to decipher communications, for instance when the captain of the ship is trying to communicate to frightened passengers over a public address system in a full-on roaring wind storm. The passengers get the gist of the warning.
Let Wikipedia have a go at it, a better explanation:
For reference compliments of Wikipedia: – Phonemic restoration effect is a perceptual phenomenon where under certain conditions, sounds actually missing from a speech signal can be hallucinated by the brain and clearly heard. The effect occurs when missing phonemes in an auditory signal are replaced with white noise, resulting in the brain filling in absent phonemes. The effect can be so strong that listeners do not even know that there are phonemes missing. This effect is commonly observed in a conversation with heavy background noise, making it difficult to properly hear every phoneme being spoken. Different factors can change the strength of the effect, including age and gender.
This effect is more important to humans than what was initially thought. Linguists have pointed out that at least the English language is full of false starts and extraneous sounds. The phonemic restoration effect is the brain’s way of resolving those imperfections in our speech. Without this effect interfering with our language processing, there would be a greater need for much more accurate speech signals and human speech could require much more precision. For experiments, white noise is necessary because it takes the place of these imperfections in speech. One of the most important factors in language is continuity and in turn intelligibility
I find I’m being more mindful now when listening. Intentionally I sit back, relax, and just listen with every sense. Being aware of how much concentration it takes to follow and absorb every word of a verbal exchange is daunting, but an amazing experiment.
Talking isn’t necessarily a requirement to be a participant in communication.
We also convey what we mean with our glances, how we tilt our head, smiles & facial expressions, these all become part of the exchange. Silently we can orchestrate the arrangement of a conversation, influencing its course, and its outcome. 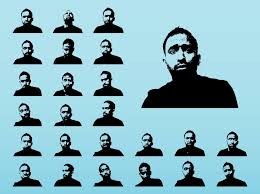 Writing about listening needs to include a word on words. Words are a key element to communication, an obvious component of listening.

Apparently our brains create about 500 hundred words per minute (wpm) when in a quiet environment. Our brain’s have a tremendous large appetite for auditory stimulation. Most of us speak about 150 words per minute, that is assuming we are using full sentences when conveying a desired message. This leaves a lag of about 350 words. (using the 500 wpm theory) We make use of this lag to listen to our intuition and perceptions. We engage, we listen with our eyes as much as with our ears.

It’s said that a good listener is also a good spectator by following a discussion along while also scrutinizing facial expressions and body language.

Yet even with adopting these listening practices we might not come away from a discussion with the ability to repeat what was said verbatim, or to remember things such as dates or names. But we will have absorbed the entire concept creating our own perception’s of what was said.

I don’t think we need to beat ourselves up when we come away without complete recall of important details such as dates and names. According to one major university study intellectual content only accounts for about 7% of all verbal communication.

Surprise you? Did me.

What we share between a speaker and listener’s is more than sharing mere words. We feel vibrations in speech, even though it’s not always audible. Some tones trigger auditory responses, some affect our moods, and some create unexpected thoughts or memories.

What we don’t hear in words we register with our other senses. Being good at listening ultimately means to use our entire being, all of our senses as a sounding board for what other people are communicating.

I intend to pay closer attention