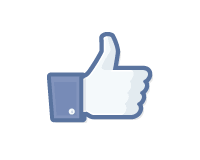 Just in case you do not know this gentlemen & his radio show let me happily be the person to introduce you.  I think you’ll ‘like’ his show too.

I came to be a follower of Downhome with Howling Dick because I am addicted to the music genre  of blues & I post blues music regularly on another social media where I was first introduced to his shows. Soon between social media and his show we became fast friends with music being a core common denominator. Particularly blues.

I freely admit that I have had a thing about radio programs, what I thought were of a thing of my past. Back in August 2012 I wrote a piece  called Bus Stop Games: As a young lady my friends & I depended on our local radio station KISN to become savvy music fans.  ( link below for Bus Stop Games Post)

Enraptured by radio shows and the disc jockeys who played the music, my friends & I would speak about the artist, the band, the music itself, and the business. It has been a life long passion. We would spend hours dissecting what we  had learned. Only then my friends and I would create the trivia Bus Stop Game of the week. We learned to name that tune in as little two notes to each. A game I taught my daughter’s to play.

Today I am listening and following a fabulous radio program again.

Thanks to the Internet I am listening to a radio show that I want to introduce my music loving friends to. The show hails from the United Kingdom and comes via pod casts  The disc jockey is Howling Dick;  and the name of his hour weekly show is Downhome with Howling Dick. The ambiance of the show will take you back to days when a radio show was something worth making a date with.

Linked  here is the week of 20 June 2013 show (which  by the way mentions yours truly)   http://www.howlingdick.com/i-raise-my-hat/

Howling Dick’s show is promoted as a Blues genre show, but he admits that he plays what he likes and that covers a lot of genres. The man is a wealth of knowledge about music, and he also has the most unusual & eclectic collection of recorded music in his library I have ever come across. If you are interested in rare and unusual recording stick around Howling’s front porch awhile, you will be pleased you did.

I had given up on commercial radio in the 80’s because the constant commercialism started to really bother my sensibilities. I do not watch television for the same reason.  It was not just the advertisements in radio that take so much air time that bothers me, but  also very much the politics in how music was chosen and given air time for play. The Dj’s were no longer the people making the choices as to what we heard.  In  my younger  years I had the great experience of distributing demo tapes to radio station disc jockey’s to try to inspire some interest & air time in local bands I worked with. It was a fascinating time in the world of music.

As it is today. If you have the where with all to create some good music you can realistically promote yourself  in such creative ways you can become a name for yourself in the industry; thanks to modern digital recording equipment & web sites like YouTube, Reverbnation & Dailymotion to name just a few. And radio programs like Howling Dick’s who promote artists we might not learn about without the radio program & Disc Jockeys.

I think that is pretty cool. Keeping the music where it belongs, with the artists as much as possible..

I spoke to Howling about doing this piece and asked for his permission to link his show. His response is so like the music fan that he truly is when he simply said ” spread the music”

I love that kind of attitude…….especially when it is regarding music.

Thinking  it might be fun in this introduction to Howling Dick and his show to discover a glimpse into how his mind ticks by asking him a few questions. Howling,  a very good sport as he played along so nicely in his answers is a delight. It might also be interesting for you to know he is an unabashed Bob Dylan fan and reputed to have quite a Dylan collection of music and memorabilia.

* Do you play an instrument? What kind?  (Tell us about your cigar box guitars you make & play)

Theres a wonderful video on YouTube – Angriest guitar player ever (http://www.youtube.com/watch?v=_8hmi9aEiy4), which most of my family and friends have confirmed is ME! I have a wonderful collection and love playing guitar but truth is, I don’t have that gene where it comes natural. One of the reasons I make and play Cigar Box guitars is I reckon its easier to play 3 strings (its not). I also dabble with banjo, dulcimer and Ukulele with similar poor results but it don’t stop me playin’ em or collecting hem. My wife has issues about the amount of stuff I have!!! Funnily enough, apparently  I am a half decent blues harmonica player which my eldest son Josh says I should stick to but hey! every boy wants to be an axe god doesn’t he?

* You are building your dream band. Who is are your choice of band mates? Why?

Drums – Ritchie Hayward of Little Feat (or possibly George Recine from Dylan’s band?) because he has the groove I love to play to. Steely Dan have a young drummer Keith Carlock with them who is possibly the best Ive seen recently but he’s far too good for me.

Bass -Ian Jennings who I saw recently playing with  Mud Morganfield. He’s a pint sized fella with a giant double bass (HAS to be double bass) and oozes charisma and talent. Sort of bloke Id enjoy hanging out with unlike Sting (he’s too good looking)

Keyboard – Chuck Leavell. Not only because he’s so damn good but for the privilege of playing with someone who’s played with the Allmans AND the Stones. Oh, if he couldn’t make the gig then Clint Eastwood, because.. well, if you have to ask….

Guitar – Oh the big one, too many to choose from so it would it would be my son Josh on rhythm and old mate Phillip Morris on lead who I’ve jammed with for years just so we could share the experience of playing with a great band. (I’d be on harp and vocals that night)

If you’re asking whats on my turntable at the moment

* If you could bring 3 people to my high desert with you who would they be?  Why?

Well, truth is I wouldn’t bring anybody cos Id want to get to know you 🙂 but if you’re asking who do I want to join us for dinner, Id avoid big heroes like Dylan and Neil because too much pressure and I won’t be corny and say the family (who I do travel with) or Nelson Mandela/Barak Obama.

Soooo…..I met Charlie Parr recently and he is one of the most decent inspiring men Ive met and also a walking encyclopaedia of roots music – so he’d be one. So would be the wonderful Bex Marshall, cos she’s a really good laugh as well as the fact she can play great slide guitar during desert and I suppose my mate Mark because everyone loves him and we’d definitely have a good time with him around. Whatcha cooking’?

My gracious thanks to you Howling.  Soups on!