As the Senate voted today to kill a measure to repeal President Obama’s birth control mandate, the top two leaders of the House of Representatives disagreed sharply over whether such a rule should be imposed on employers.

Earlier today, the Senate voted narrowly to table the Blunt amendment, which would have allowed employers to refuse to include contraception in health care coverage if it violated their religious or moral beliefs.

But moments before the vote, House Democratic Leader Nancy Pelosi, D-Calif., called the Senate GOP’s attempt “a blunt, sweeping overreach into women’s health” that is “disrespecting women’s health issues” by allowing employers to cut basic health services for women, such as contraception, mammograms, prenatal and cervical cancer screenings, and other preventive care.

“The Republicans are kicking off Women’s History Month by bringing the Blunt amendment to the floor in the United States Senate,” Pelosi said today at her weekly news conference. “They’re focused on the extreme Blunt amendment, rather than on a vigorous job creation.”

A short time later, across the aisle, House Speaker John Boehner, R-Ohio, called the mandate an “infringement on religious liberty” and said that the Senate amendment is just one legislative option, in addition to “a couple of ideas in the House.”

Our legislation is tossing back and forth with our governing body of  our country; and our churches,  they are stepping into restrictions regarding women’s health care & birth control

Now I am asking if the women in our nation are tired of having their choices made by men? 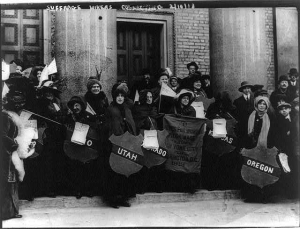 For over a couple of months now my healthcare and even birth control have been the pillow talk of many couples. People who do not even know me are making choices and restrictions about my gender specific health care; and steps are being taken backwards 100 years for women. All the work that the women’s movement has done, all the strides made… all gone in one instance.

I believe that my health care, my choice to use a specific method of birth control is my business. Not another person on the earth has a right to keep me from what I believe to be the best choice for me. As long as it has no effect what so ever on another person’s health and welfare than I say: “Move on, this is a dead horse you are now beating over the head”

And what I find really, really, interesting is that if we should as women try to get up in men’s health care business we would be promptly put in our places with a statement made to the effect that we know nothing about men’s health.

The predominantly male Senate and House is reason enough to shake our heads in wonder when decisions about our welfare and choice are being put up for grabs. Really?  We are going to sit back, let all the good done by so many in our name in our gender, go right down the drain? Really?

I am just one woman, true. I have just one voice, true. Yet if I let my voice start creating some real noise about what I see as not only as problematic but as well dangerous, I can incite others to join in harmony and together we can raise a real fuss.

Not be happy to see us coming Honorable Congress & Senate? 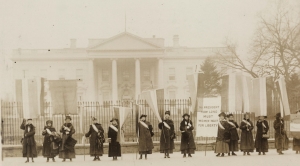